Software architecture to build services that last with minimum technical dept; based on proven principles and practical guidelines.

You are looking at the depricated version of the docs. See https://docs.lucidarch.dev for the latest documentation.

Developing large-scale applications has always been easy to think about but when it comes to implementation lots of questions arise especially when working in a collaborative team where every decision is peer-discussed and made over coffee or beer on a napkin. Some of these discussions go around fundamental subjects such as:

Asking such questions is a brilliant start, knowing that every project or product we start working on starts from a mere idea - a spark - to help fulfil a human function. Nevertheless, deep in the back of our heads we know that at some point in the future it will grow and we don't want it to grow on us, we'd rather have it grow with us. Especially in an agile culture we want the pieces of our applications to be easily interchangeable with the least friction possible and keeping technical debt to a minimum.

What is an architecture anyway? But a pattern of connected structures operating in synergy according to a set of guidelines and principles to serve their purpose.

From that sentence, Lucid will be the practical set of guidelines and principles to build backend services that last.

The following questions will also help ensure that you should incorporate Lucid in your current or upcoming project:

These situations and many more are best described in the following picture which analogy is our application in a few months time.

If you want the image above to become something like the one below...

You're in the right place!

Within controllers and commands, our application is prone to disorder due to the high degree of autonomy in MVC. Lucid fills that gap to complete the chain of Laravel's MVC framework.

The relationship between Laravel and Lucid is that they complete each other. Lucid will be the bond between the application's entry points and the components that do the actual work (classes, interfaces, design patterns etc.) securing code from meandering in drastic directions.

In fact, the very first announcement of Lucid to the public was in Laracon EU 2016 two years after its in-house use. See video below if you would like to watch the announcement:

Provides the “kernel”, request/response lifecycle, dependency injection and the core functionalities for the Foundation to build on. Knows nothing about the application logic. This is Laravel.

Lucid's Foundation provides support to the concrete components of the architecture (services, domains and data) by extending the framework with fundamental (abstract) classes; due to that, and the fact that the concrete components will only deal with the foundation, any change at the framework level will be transparent and have the least effect possible on the application overall and as a result the Lucid architecture grants a reduced amount of technical debt in the case of a drastic update/upgrade or even migration to another framework.

They implement the features but do not implement the logic of the feature themselves, their responsibility is to compose Jobs and Operations from Domains. Think of a Job as a step if the feature was a user story; and an Operation is a group of steps that are often executed together to accomplish a single purpose.

Example: a project consisting of an API and an Admin where you would implement each in its own scope yet share a lot between them. Hence Domains and Data.

The terminology of a service is used in the form of “Our application provides data through an API service, it also has an Admin service with a user interface to perform advanced data manipulation procedures.

The hierarchy of services and their components is as described in the pyramid below, given the example of an HTTP request:

They implement the business logic and expose them through jobs, they are isolated and MUST NOT inter-communicate [no domain calls another]. Their objective is to categories the jobs that accomplish unit-level tasks in our application within a definite scope.

Example: In a task management app there’s the User domain and Task domain each having its own validators, generators, builders, factories, utility classes etc. and they utilise the data layer to perform data-specific procedures in addition to Jobs that are (favourably) the only way to communicate with domains. Potential Jobs in a task management app in the Task domain could be: SaveTaskJob, MarkTaskCompletedJob, AssignTaskToUserJob , where each of these is a class of its own. More on Jobs in Definitions.

We suffix Job classnames with Job for readability and navigation, also extending the PSR-2 coding standard of suffixing interfaces with Interface and traits with Trait

Owns the data (duh!), which means models (entities), repositories, value objects, enums... you name it. You may be asking why separate the data layer from the domains layer? aren’t they related? The answer is of course they are! Yet domains remain to be isolate, self-satisfied and no cross-domain relationships exist while data is organically related; if we included them in domains we would’ve ended up working with cross-domain dependencies which defies the idea of domains being self-contained.

Another reason for having a separate data layer is the trend of the 21st centry: 💫data science✨ which makes this layer the place for your statistics and analytics algorithms, a central layer for the elements of data.

Principle: Domains, Jobs and Operations are isolated classes with single responsibilities. They perform one thing and one thing only; no inter-domain, inter-job or inter-operation dependencies should exist whatsoever.

Congratulations for making it thus far! It may feel a little rough though, and that's why there is more to these concepts than these brief introductions in the Definitions page. Unless you'd like to jump straight to code, then please visit the Getting Started section. 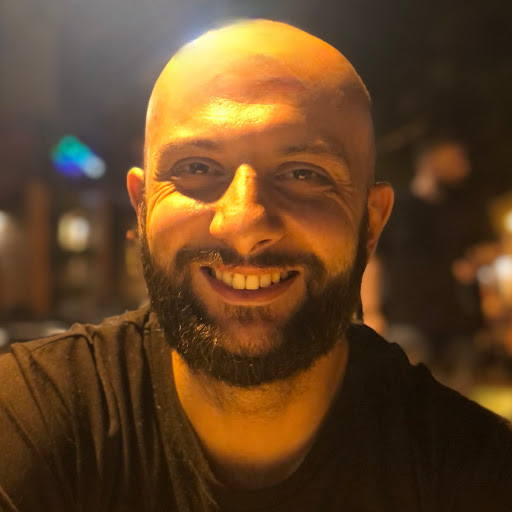